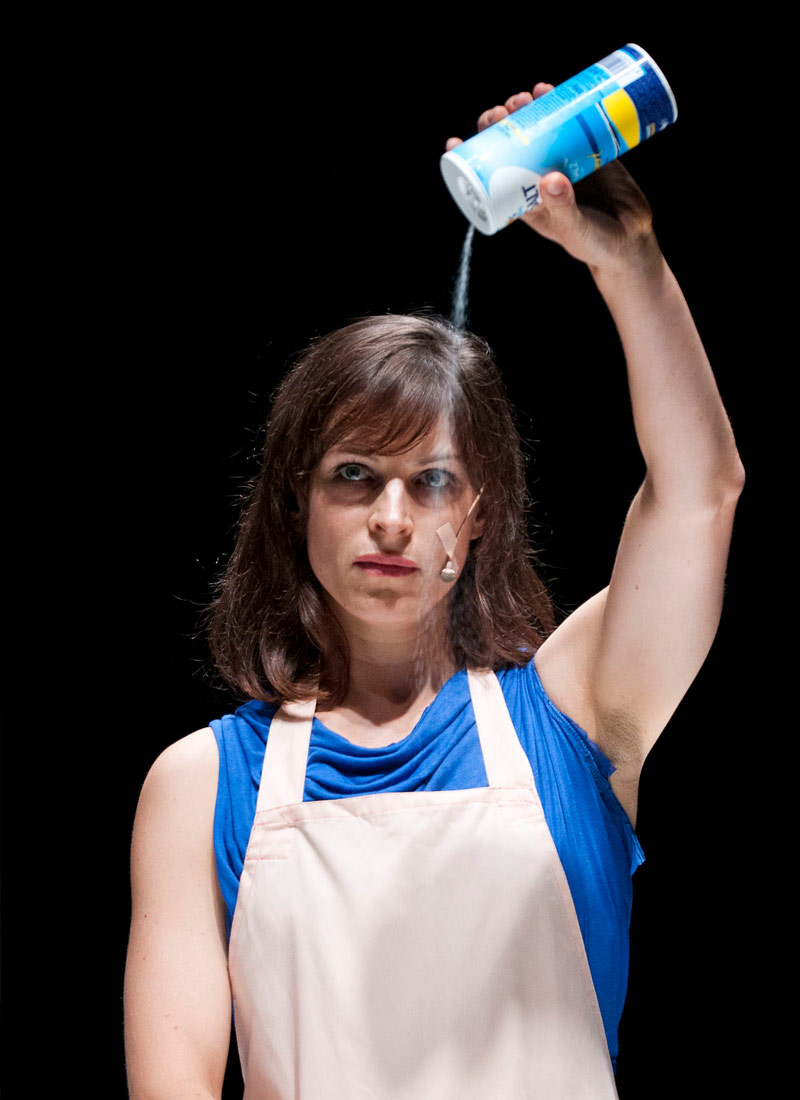 Choreographer Anne Juren and director Annie Dorsen collaborate on Magical, a solo dance piece performed by Juren, which uses the canon of feminist performance art and the rituals of a magic show to play with illusion, trickery and transformation. The simultaneity of magic, choreography and performance leads to surprising turns: all deploy the power of metamorphosis, of the body, of the magic object, of the audience’s vision. These transformations affect the spectators and arouse in them the desire to see through the events on the stage. In the process they themselves become the object of a manipulation. Juren devotes herself to the efficacy and secrets of the female body, in an enchantingly spectacular way.

Supports by: Cultural Department of the City of Vienna, bmukk